Gordon Brown and The French Revolution

Another day passes and Scottish democracy is under attack yet again by Das Herald Sturmer.

This time the cost to the tax-payer of MSPs' staff and expenses is being 'scrutinised'. A constant drip drip drip against The Scottish Parliament - that's the kind of 'journalism' that s(w)erves Scotland.

The cost of employing staff and other expenses by the country's MSPs turns out, on these figures, to be around £2.20 per Scot every year. If you were to buy Das Herald Sturmer (and fewer and fewer are) you would not be able to buy it for 4 days at that price.

Mmm, good governance for a year or propaganda garbage for 3 days. I know where I see the value for money.

Let's dig a little deeper. Gordon Brown's relationship to Das Herald Sturmer (DHS) is well-known. After years of co-ordinated propaganda campaigns there is no doubt that it smells of Brown substance. Alf Young and Gordon are buddies etc.

Does DHS then regularly campaign for 'value for money' from government? What about the taxpayer money Gordon Brown has given to bankers (his corporate doners) in The City in recent months?

Fantastic, £24K per Scot to bankers (for no return) but Das Herald Sturmer front-pages £2 per Scot for Scottish parliamentary costs. The inference being that the Scottish parliament is profligate and the reason why your standard of living is nose-diving. Nothing to do with Brown - we can't let you reach that obvious conclusion you understand.

You're being lied to. Why? What are they afraid of? The French Revolution still worries them. 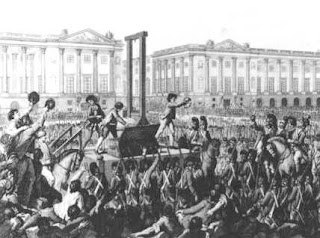 Gordon and the bankers are terrified that when we find out that they are robbing us blind that we'll go berserk. Expect more terror, flu pandemics, wars, tabloid politics trivia and so on and then, when you're too fried to remember that you were promised a recovery - you'll get hit for another bail-out! Remember I said this.

You want truth? Stop watching the tv and reading newspapers. They simply lie to you. Read blogs and alternative news on the internet. That's the only place you get anything approaching truth.
Posted by Alex Porter at 12:44 PM