Another piece for Newsnet Scotland:

Newsnet Scotland are currently looking for citizen journalists. If you fancy a go, write an article and send it to the editor - there's nothing to lose but an election! 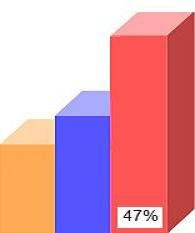 
As the UK's coalition government rolls out its austerity cuts opinion polls show that voters blame the last Labour government for the crisis in Britain's public finances.


Asked by YouGov: "Who's to blame for the cuts?", only 17% directly blamed the new coalition government whereas 47% blamed the last Labour government, 20% said both were culpable and 11% said neither. (1)

These finding are supported by a recent ComRes poll which elicited voters opinions on the causes of the crisis and asked if the "Last Labour government bears most responsibility". 59% of voters agreed with statement and 39% disagreed. (2)

The polls put increasing pressure on the Labour Party in Scotland ahead of the Holyrood elections on May 6th next year. As David Cameron's austerity cuts take grip the economic battle in Scotland will focus on jobs and the economy.

As Labour's lead in the Holyrood opinion polls show to be narrowing, the SNP will hope to capitalise on these findings. Iain Gray will be pressurised into answering to the electorate for the crisis but more critically have to explain why the party that caused the crisis, Labour, can be trusted to fix it.

With the key battleground being economic credibility, the SNP will point to the endorsement of its policies on oil revenues by the former World Bank chief economist, Joseph Stiglitz as evidence that they can guide the economy better. Professor Stiglitz, a former key advisor to President Bill Clinton is now an advisor to First Minister Alex Salmond.

These polls follow in the footsteps of another poll by Ipsos-Mori which shows 42% of Scottish voters blame Labour for the crisis and 39% the current coalition government. (3) With over 80% blaming Westminster governments for the crisis, Alex Salmond will seek to argue that economic independence for Scotland would create an environment of stability and growth needed for business and jobs whereas Westminster's austerity cuts will mean volatility and uncertainty.

Comparing the Scottish poll to the UK-wide polls it is clear that although Scots blame Labour for the crisis they are less critical of the party than British voters as a whole. Normally Labour in Scotland benefit from its exposure to a British audience but with the coalition parties determined to keep the pressure on Labour, UK-wide coverage may become a hindrance to the party in Scotland.

At the weekend the world renowned economist Andrew Hughes Hallett backed the SNP's case that Scotland has been subsidising the rest of the UK for years and that the Calman proposals are, as they stand, unworkable.

While these polls show Labour's economic record under strain the support of economists with world-class reputations for the SNP's arguments will lead nationalist strategists to believe that the burden of proof of economic credibility has shifted onto the Labour Party.